by james vince
in News
0

The whole world is watching as the United States of America undertakes the most comprehensive election audits in the history of the country.  Before the 2020 general election it seems very few American citizens paid attention to the significant issues surrounding America voting machines and systems, yet when for the first time in history the counting of ballots on the evening of the Presidential election stopped – citizens took notice and are now starting to look very closely.

From November 2020 through March of 2021 most social media platforms blocked any user postings daring to talk about election fraud or voter fraud.  This social media move to censor free speech across supposedly free platforms has most Americans enraged. This rage has now turned into a brand-new social movement of its own.  Election Integrity.

From 1970 through 1989 (then again in 1990-1992) a radical book on voter and election fraud came out titled VOTESCAM: The Stealing of America by James M and Kenneth P Collier.  In their book, the brothers pointed out numerous voting machine problems, most identical to the ones being talked about and litigated currently as a result of the 2020 general election.

WHY HAS SO MUCH TIME HAS PASSED?

Back then, when the election fraud was documented, the Colliers were both shunned and blackballed by the media of the day. Ironically, in an eerily similar fashion as social media and news media these days. None of the media would allow the brothers on the media airways and print to show their audited results.  Even with documented sources, testimonials, affidavits and physical audits, the entire fiasco of the election fraud was called a myth or outright fabrication.

“Votescam asserts the unthinkable. It is a strange and frightening true detective story. It contains fact, film, documents, and visions seldom seen by the public. It is troubling look at the corruption of the American vote that most Americans cannot bear to believe is even partly true.

The authors assert, and back it up with daring reporting, that your vote and mine may now be a meaningless bit of energy directed by preprogrammed computers—which can be fixed to select certain pre-ordained candidates and leave no footprints or paper trail.

A DEBCLE FOR DECADES WILL NOW BE UPGRADED

American citizens have taken to the streets to demand total election integrity and they are heralding one technology pioneer as the man for the job, Jovan Hutton Pulitzer.  “I am joined by a modern-day 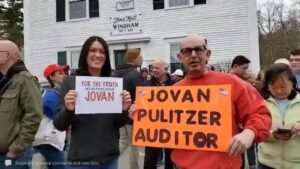 Benjamin Franklin. Jovan Hutton Pulitzer is a world-renowned entrepreneur, inventor, and most importantly, a PATRIOT. Jovan holds HUNDREDS of patents on technology used by billions of people around the world.

He is also the chief authority on kinematic artifact scanning. He can detect a myriad of different forms of fraud on any piece of paper. This includes ELECTION BALLOTS. Meet the most feared expert in the world that every corrupt politician is trying to stop. Our country’s future hangs in the balance” was the opening line from Professor David K. Clements recent podcast.

Most American voters became acquainted with the reclusive technology pioneer when he was asked to speak at a Senate Sub-Committee hearing for Election Integrity in Georgia. 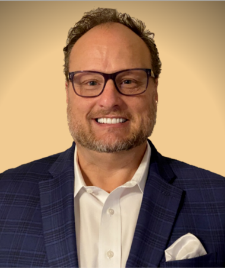 A recent article from the Vision Times stated, “Jovan Hutton Pulitzer, an inventor and Board Member of the Gold Institute for International Strategists, says any type of machine-readable code is the basis of his portfolio of 200 patents listed on his Stanford Curriculum Vitae. Pulitzer says almost every manufacturer in the world licenses his patents, except for ‘Huawei out of China. They don’t license it. They just use it.’ His technology is on 12 billion devices globally.  Pulitzer made it clear that his concerns with the election were non-partisan: ‘We want to know if these ballots are authentic or counterfeit. We want to make sure every vote is verified. This is not about President Donald J. Trump or President-Elect Joe Biden. This is about: are we still a country where your vote matters? One person one vote.”

What Are the Low Testosterone Treatment Options for Women? An Overview

The Importance of Identity Theft Protection: A Helpful Guide

Tips to Select A Perfect Wardrobe