UI/UX design is the core of every mobile app, website, web app, and software. It’s the first level of your digital product that customers interact with and use, so it needs to be flawless. The UI/UX makes or breaks the customers that you attract – if you offer a tremendous in-app experience, you’ll retain more users, and if your digital product fails, then you lose users.

To offer a smooth UI/UX design, you need to choose a framework that gives you the features that help you build you the perfect design. Apart from functionality, UI/UX design also works as the appealing aspect of a digital product. The UI (User Interface) is what the user sees, so it’s essential to make it look eye-catching that makes the user stay.

Here’s a list of frameworks to start building the front-end of your digital product. 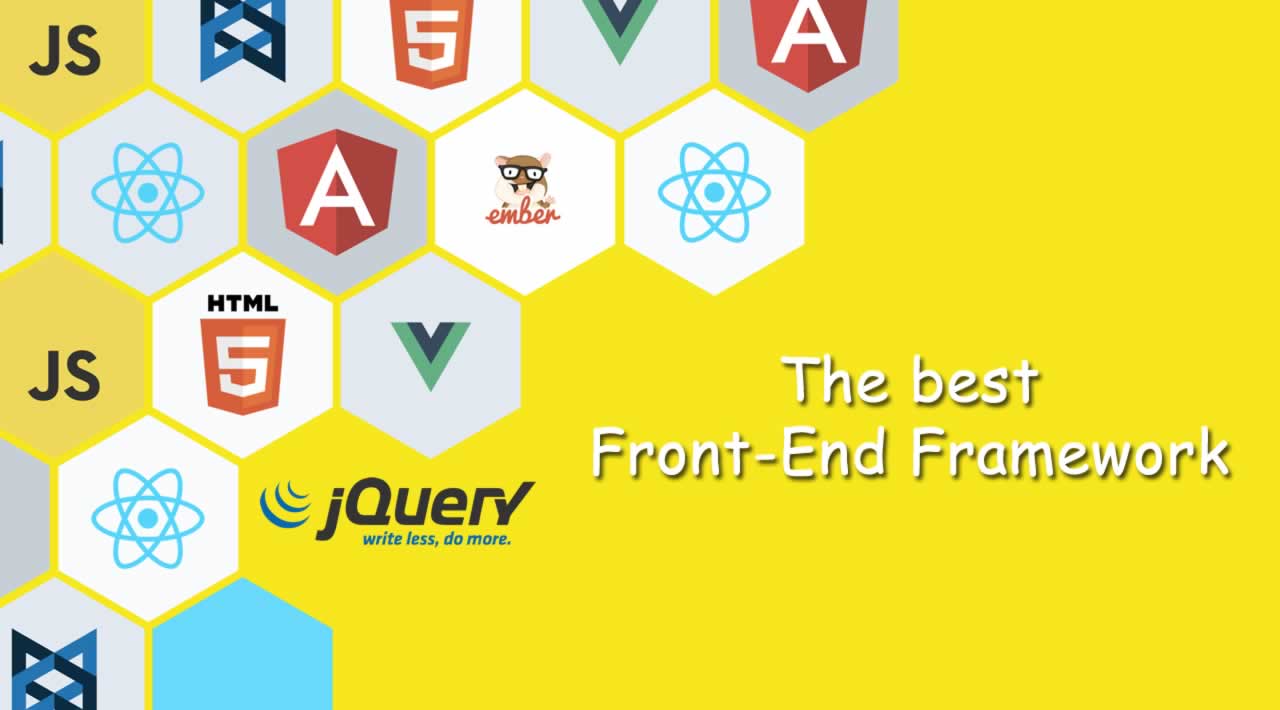 The Best 5 Frameworks to Create A Flawless Front-End

React is known to be the simplest framework to learn and work within the developer community. The framework was created by Facebook in 2013 with the main purpose to fix and make the code functional. It was a preferred framework to fix maintainability issues and add extra features to the app.

The open-source framework has its Document Object Model (DOM) that offers additional features that make the UI/UX more functional. React doubles as a framework that helps businesses deal with app traffic by offering complete control.

Angular is the only front-end framework that’s written in TypeScript in the list. The framework was created in 2016 by Google to keep up with the increasing demand of technology and offering the best functional features. Unlike React, Angular offers two-way data binding to maintain workflow and code creation. Two-way binding means any change that is made to the model will immediately sync and reflect on the view.

Angular is an open-source framework that allows UX designer and developers to create multi-page mobile apps and websites. Websites of famous companies like Forbes, Xbox, BMW, etc. are built using the framework.

Flutter is a fast-growing front-end framework that needs your attention. The open-source framework was launched in 2015 by Google to aid Android developers. Flutter has become great support in a short time because it provides cross-platform development features. The cross-platform feature can be used to build apps and websites across multiple devices using the same code.

The open-source, cross-platform toolkit uses the Dart programming language to write code and has its own graphics engine called Skia.

Vue.js is a simple and straightforward component-based framework that is widely used for building the front-end of digital products. The versatile framework allows developers to perform multiple tasks related to app development. Vue.js is an independent tool that doesn’t require any other third-party integrations or tools to create a unique UI/UX design.

The framework has multiple libraries, and they can be interchanged as per the size of the project. Vue.js is used by some famous brands like 9gag, Xiaomi, Alibaba, etc.

jQuery is one of the oldest front-end development frameworks that was launched in 2006. Even though it’s pretty old, the framework is still widely chosen because it has continued to grow to fit the technology requirement in 2020. jQuery offers simplicity and feasibility that eliminates the need to write numerous lines of code.

jQuery is a library at its core, but it can be used to optimize the front-end of websites and mobile apps. Developers prefer to use it for its HTML5-based UI system that helps build friendly and intricate UI/UX design.

Which is the Right Front-End Framework for You?

Various frameworks come recommended for front-end development. Many famous brands prefer the best frameworks. If you feel indecisive, the easiest decision is to choose one that fits the requirements of your project. Each front-end development framework offers a unique set of features that can aid the development process. Talk to your developer or company designster, and give them the liberty to pick a framework that makes the process simple and faster. Good luck!

What are the best natural sources of potassium?