How to Plan a Custom PC Build: The Ultimate Beginner’s Guide

by raihan ahmed
in Tech
0

Assuming you’ve never built a computer before, let’s tackle this all-important topic in the most logical way possible. 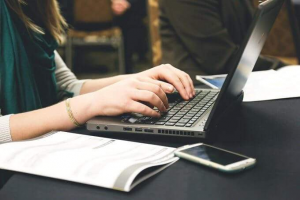 If you didn’t know, the world of computers is taking over laptops. The appeal is completely understandable. We live a more mobile life now and simply buying a complete laptop in one package is the easiest way to just get on with your life and get some work done.

Should you choose to buy a laptop instead of building a desktop? To be honest, if you buy a decent mid-range laptop, most users will be perfectly happy with a modern laptop. Even the most budget-oriented laptops have more than enough performance reserved for office work, surfing the web, and playing casual video game titles. It’s one of the reasons that some people are even ditching laptops for tablets. General-purpose computing no longer needs any special type of computer.

High-performance computers are still the domain of desktop machines, especially since high-performance laptops are very expensive and come with many compromises. So for most people, a laptop will be perfectly fine.

With that said, there are some good and compelling reasons to build a PC. Here are some of the most important:

If that’s a list of reasons that appeal to you, prepare yourself for a voyage of discovery as we go into the business of building a computer.

At first: decide your vision

Computers come in all shapes and sizes, and that must be determined by the purpose you envision for your computer.

Whatever you want to do with your future computer will influence the parts you choose and your budget allocation. So before making any decision that requires a financial commitment, take the time to think about what work this computer should do.

Note that this guide is intended for users who want to build general purpose computers, but you can modify the basic tips to suit your needs. If you’re specifically looking for a guide to building a butt-kicking gaming PC, do yourself a favor and take a look at our specialized guide for gamers. 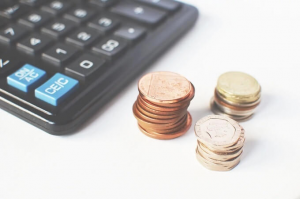 This is possibly the most important part of the process of building a PC. The total amount of money you have to spend on building your PC is everything. It determines what general level of performance you can afford, how many sacrifices you must make, and whether you will have to rely on used parts in some cases.

Decide on your budget first, and then assign it to various components according to your priorities. We will talk about sensible budget decisions with each component individually.

Fortunately, there are now quite a few very intuitive online tools where you can ‘build’ your computer on paper and make sure all the parts work together.

For our money, PC Part Picker is the best option. With this tool you can play around with your build, make sure your components really work together, and get the best prices for each component.

It is also a great way to show your physical future to a friend who can help you make good decisions. In fact, for the example system in this guide, we’ll be using your budget home office build.

You now have a good idea of ​​the type of system you want to build, and you have a tool to help you organize the parts before you buy and start assembling. Now we really have to choose the parts that will make up the computer.

We will go through them in a logical order and discuss key considerations for the various needs you may have. The suggested part in each section is taken from the compilation of the PC Parts Selector mentioned above. 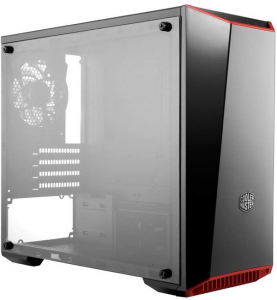 The case (sometimes referred to as the chassis) is the physical frame of your computer. All parts of the device are assembled within this article. Why did we start the case? We believe that there are some good reasons to choose one case before choosing another.

First of all, you need to choose a white computer case that is the right size and shape for your needs. You don’t want a hulking full-tower case just to act as a media server or office machine. You also don’t want a case that can’t handle future expansions that you probably need.

Cases come in different standards, which dictate what type of motherboards they are compatible with. We’ll explain what you need to know about motherboards below, but a given PC chassis will support specific motherboard sizes. The three you are likely to find (from highest to lowest) are ATX, Micro ATX, and Mini ITX. There are other variations on these size standards, but they are not relevant for typical home users.

Cases designed to house ATX motherboards are generally larger than those designed to house the smaller standards. This doesn’t have to be true, but it is a good rule of thumb. Sometimes ATX boxes will also have mounting points for smaller board standards, although there isn’t much reason to fit a small motherboard into a giant box.

In terms of actual case size classes, the most popular style for building a PC is the mid-tower case, like this one.

Mini ITX systems are also becoming popular, especially since you can buy one that accepts full-size expansion cards and has excellent cooling.

There are many considerations when choosing a case, but we have narrowed it down to the following:

The last piece of advice we have for you when it comes to PC cases is to avoid cases that come with a power supply. We’ll get into power supplies in their own right a bit later in the article, but it’s worth mentioning here. It is best to buy the power supply separately to suit your needs exactly, and the ones that come with the cases are often a bad investment.

The case suggested here is the Thermaltake Versa H15.

The motherboard is the component that connects all the other components of your computer. Since you’ve already chosen a case above, the first important filter when narrowing down your motherboard selection is what types of motherboard your chosen case can accommodate.

Next, we want to see which brand of CPU your motherboard will support. These days, the choice is between motherboards that accept AMD CPUs and those that are powered by Intel. At the time of writing, AMD offers the best performance value per dollar and challenges Intel to the crown of absolute performance.

Most of the important performance components that used to be on the motherboard are now found on the CPU itself, so the most important decisions you need to make have more to do with how much expansion the motherboard allows. In other words, how many USB ports does it have? What types are they? How many PCI Express expansion slots are there? Choose a motherboard that:

For general purpose computing (and even high-end tasks like gaming), there isn’t a major difference in performance between cheaper and more expensive motherboards.

You don’t have to spend money on overclocking-related features, fancy lighting, or any of those decorative features. You may want to spend a bit more to have a motherboard with a thicker PCB (printed circuit board), solid capacitors, and more power phases. Ultimately, however, any motherboard from a good brand will do.

The suggested motherboard here is the ASRock B450M-HDV R4.0.

The CPU is the main brain of your computer and the key component of performance. Modern CPUs are multi-core, which means that they actually consist of multiple CPUs in one. Quad-core CPUs are now considered the leading standard for general computing. Your budget may even allow for a six or eight core CPU. Especially if you’ve chosen to go with the latest Ryzen CPUs from AMD.

Clock speed (measured in Ghz) isn’t that important these days, as even entry-level quad-core CPUs can dynamically increase their speed to suit the task at hand. Just make sure to choose a CPU that is on the compatible list of your chosen motherboard. Your CPU should also come with a stock cooler, which will be perfectly fine for most people.

RAM – Random Access Memory, is high-speed storage space directly accessed by your CPU. Having lots of RAM means the CPU doesn’t have to wait for the slower storage to catch up. But how much should you have?

These days the absolute minimum is 8GB of RAM. regardless of what you use your computer for. That is going to be as low as you want to cut it. However, 16GB is the main amount to aim for. Modern operating systems are very good at using idle memory to speed up the system, so you won’t waste anything.

What memory should you get when you build a PC? If the price differences are not great, it is worth buying the fastest memory that your chosen motherboard supports. Your motherboard will support a specific range of memory modules and will also have a fixed number of slots into which to place them. Most motherboards use a “dual channel” memory configuration, which means that the modules work in pairs to improve performance.

There are also three- and four-channel configurations, where you need to install memory modules in sets of three and four respectively. It is preferable that all your memory modules are of the same make, capacity and model to ensure that everything runs smoothly. At a minimum, each set of paired modules should be the same.

You can run a single module on your computer to save money at the cost of some performance. This makes the most sense when you only have two slots on your motherboard because you can then double your memory capacity by adding another module to the open slot. Read also about email error

Internal storage describes the drives that contain your operating system, applications, and common data. The norm these days is to use an SSD or solid state drive. They are much faster and more robust than mechanical drives and give even the most modest computers a huge performance boost.

They’re pretty affordable now too, so get an SSD as the primary drive, and if you need massive storage, add a cheap mechanical drive as the secondary. For example, you can get a 500GB main drive and then add a 4TB mechanical drive for the best of both worlds.

A GPU is a dedicated processor that handles the pretty images you see on the screen. You can buy a CPU that has an integrated GPU and also shares the same pool of RAM. If you don’t need to use apps that use detailed 3D graphics and you just want to do general work and maybe watch some Netflix, the integrated GPUs you get these days are pretty good. Especially on AMD CPUs.

If you need the power of a dedicated GPU card, take a look at our detailed guide on the subject.

Since the build we pulled from the PC Part Picker uses the GPU built into the CPU, there is no separate part here.

The last component to decide on is the power supply. Why? Because this part needs to have enough power to power everything safely, with enough overload.

The easiest way to do this is by using a power supply calculator and then purchasing a good quality power supply that meets or exceeds the recommended amount of power. Especially if you want to add components in the future without having to replace the power supply.

3 Things You Need to Create an Online CBD Website