Here are 6 Activists that you Should be Following on Instagram

by Jonas
in News
0

It is easy to get lost in the myriad of useless information and mind-numbing images when scrolling through Instagram. Why not break the cycle and follow some women who are real change-makers with some pretty important things to say. Here is our list of the top 6 most influential female activists for you to follow.

Aranya Johar is a poet, who uses her medium of slam poetry to draw attention to important feminist issues that she faces in the world. Her poetry covers topics such as gender inequality, mental health, and body positivity.

She was the first poet to integrate spoken word in Bollywood, through her collaboration with Akshay Kumar, for the movie ‘Padman’. Her work has since been recognized by Reebok and promoted at their event ‘Fit to Fight’ in the month of December of 2017. She is also the co-founder of More than Mics, which is an organization set to curate creative platforms for performance arts (poetry, music, comedy etc.).

Like her poetry, Aranya’s Instagram posts challenge gender assumptions in India and promote self-care. She encourages her followers to push boundaries while also reassuring them that it’s OK not to be OK and to take time for yourself.

At just 16 years old, Nadya founded the nonprofit organization, PERIOD to tackle the stigmas around menstruation and to help those in need access menstrual products. The organization has now grown into the largest youth-led women’s health NGO and boasts 150 registered chapters across 16 countries.

Nadya’s work has led to a TED X talk, a nomination to Teen vogues 27 under 21 list, and profiles on the BBC, MTV, and Broadly. Nadya encourages her followers to have open discussions about periods and embrace their individual experiences of femininity and womanhood. “We change the stigma by literally breaking the silence,” she said in an interview. 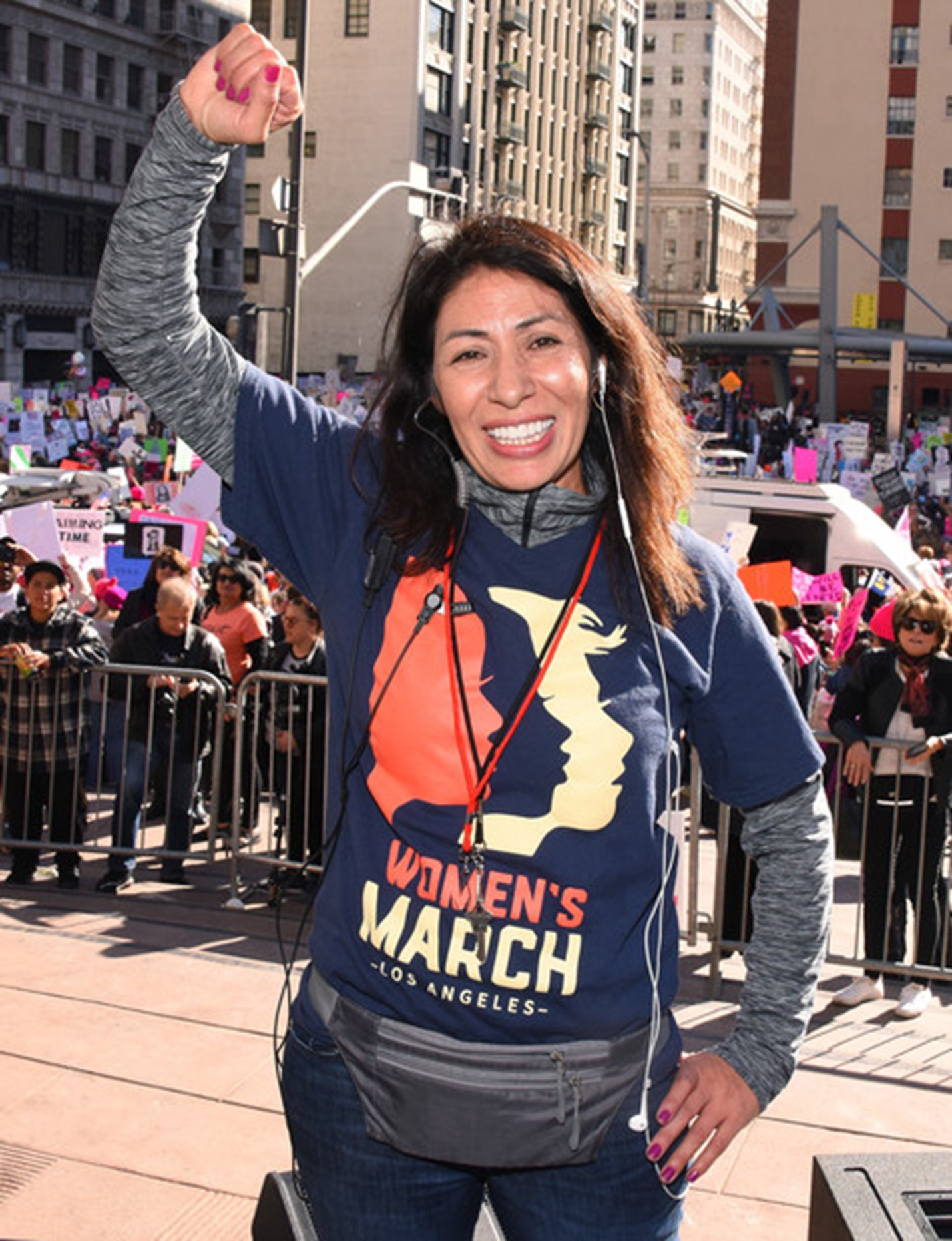 Emiliana is a Women’s Rights Activist, Feminist, Entrepreneur, and the Founder and President of the Women’s March Foundation (started in 2016).

She is responsible for organizing the women’s day March in Los Angeles the day after the 2016 election. Her goal was to get women to the streets, as she and many other women felt that the right person for the job was not elected, on the basis of sex. Emiliana felt that it was time for the women of the country to be seen and heard.

She has since won numerous awards for her dedicated service to equality and empowerment, such as the 2019 National Women’s Political Caucus: Women of Courage Award, the LA County: Pioneer Women of 2018 along with the Pat Brown Institute: Civic Engagement Award, and in 2017 she received the State of California: Pioneer Women of 2017 Award including the HOPE: Latina of the Year Award.

Chimamanda Ngozi Adichie Is an award-winning novelist and political thinker. Her books Americanah and Half a Yellow sun have been translated into over 30 languages, and she is a powerful voice speaking up on feminist issues and the lived experiences of black women. Her literature explores themes including race, the immigrant experience, feminism, and culture at large.

Her most recent TED talk “We Should All Be Feminists” has over six million views and was even sampled in a Beyonce song. Chimamanda is a woman not afraid to speak out about what she feels is important, and her way with words makes people want to listen.

Blair Imani is a Black and Muslim activist, historian, and public speaker who promotes intersectional thinking, female empowerment, and LGBTQ rights. She has given a TED Talk: “Queer and Muslim: Nothing to Reconcile,” and written two historical books, one about influential women and non-binary people, and another about the Black American dream. On top of that, she runs her own non-profit organization Equality for HER, which supports women.

She uses her Instagram presence to educate audiences about a variety of topics through Learn O’Clock every Sunday, Smarter in Seconds multiple times a week, and in-depth lessons on Patreon.

The way these women use their platforms to incite change is an incredible thing to behold, and we hope you decide to follow them on their journey.

What Is Best Ripsave.com Alternative

Why is school cleaning service so important today?

How To Store Your Belongings Safe While You Are Away?

How Does the Imex Program Work?