It is a known fact that movies and TV shows influence our lives, more than we would like to believe. Don’t believe me? Let’s take a test right now.

From where do you pick your fashion cues?

From where do you get your news?

Who is your favorite celebrity?

Does watching an emotional movie make you cry rivers?

Respond honestly and see if your answers circle back to television or cinema. You might think that ‘well, I am connected to my celebrity idol through Instagram/Twitter’, or ‘I get my CNN updates on email’, but circle a bit back and see if the roots of your influence match television or cinema. I am certain that most of you are in awe right now, realizing that the media does influence you greatly, and all the time, too. Nevertheless, let’s take charge here. If we have given mass media such great power over ourselves, we should use it the right way. What we cannot reiterate all the time – can very well be conveyed through the power of movies and shows to the people. Feminism, racism, gender equality, gender fluidity, political oppression, gun control, and composting are just some of the topics that our media industry has started to include in modern content and we are proud of it. We need people to start understanding that the olden viewpoints were wrong and demeaning; and that we need new breaths of inclusion, love, and acceptance in society.

This article is written to spark a wire in your brains to understand girl power in its truest sense. We have put together a list of TV shows and movies on Netflix that exhibit strong female characters. Netflix is as great as any streaming service should be, however, it cannot fulfill one’s thrust of all TV genres on its own. Therefore, if you are anything like me, you would want to have a cable TV on the side, as well. As for myself, Optimum TV worked great; with more than 220 channels and complimentary DVR storage, my entertainment section is fully composed.

Please note that the TV shows and movies listed below have no specific order.

Zooey Deschanel as ‘Jess’ does absolute justice to the role. While her quirkiness, empathy, and caring nature is a great shade on the character, Jess’s resilience, opinions, and advocacy make us fall in love with her. 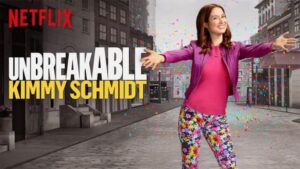 The title of the series is enough to understand the lead character and her prowess. Kimmy, even after being trapped in a cult for fifteen years, is upbeat, kind, strong, and independent. We can see her fight against all odds with nothing but a smile and strength that comes from within. 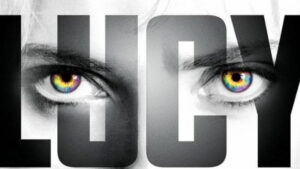 Talking about science and fiction, Lucy in the movie ‘Lucy’ is the epitome of capabilities, both mental and physical. She is strong from the inside out. After being conned by science thugs, Lucy is overdosed by some drugs that give her superhuman powers. Her life unfolds from this point onto becoming something really big than what she had in mind. 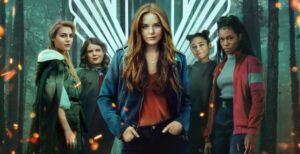 Based on the animated series Winx Club, Fate: The Winx Saga is a coming-of-age teen drama that features five fairies who attend a boarding school in an attempt to learn about their powers. The basic companionship amongst them lets them fight off various challenges on a daily basis. 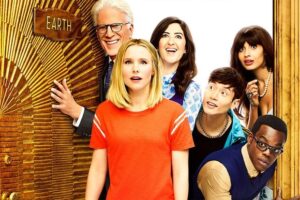 If you want to watch a sitcom but are also a fan of philosophy, this is the right season for you. The Good Place really does teleport you to the good place. The female characters in this season: Eleanor, Tahani, and Janet are high-spirited, confident, problem solvers, and reformative. 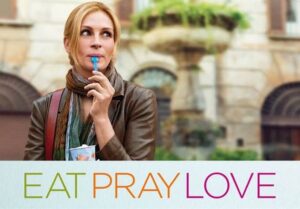 Julia Roberts has always had our back. She plays the role of Liz Gilbert who after getting divorced, embarks on a journey of self-love and discovers herself through and through. The movie hits home with the subject that life does not end after a divorce. 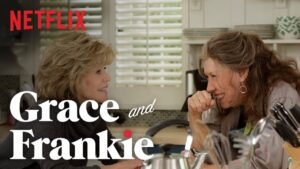 If you want to witness one of the finest portrayals of female friendships, this is the season for you. After their husbands announce love for each other, Grace and Frankie begin living together, which starts as a beginning of an era. They struggle, they fight, they talk, and they take care of each other. 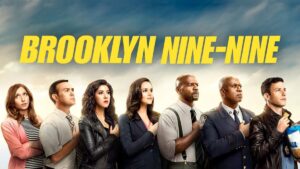 Brooklyn Nine-Nine is one of the best sitcoms of modern times. It is funny, updated, woke, and above all a feminist show. The male and female characters are designed in a way that urges audiences to question. Amy, Rosa, and Gina (not a character presently) have distinct personalities, lift each other, strength and intellect is their demeanor, and keep the world safe for the citizens of Brooklyn.

5 Tips to Help Your Startup Succeed

Why is Pokemon Still Popular in 2021?