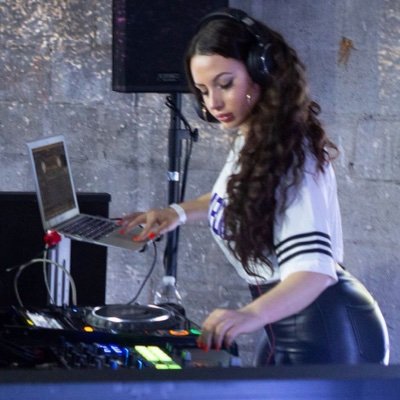 Born Daniela Voznesensky, the Middle Eastern-born, California-raised Dj and Producer Lala the DJ got her start behind the scenes in music, before quickly realizing she was meant to perform and create. Fast forward about five years, and Lala has spun for today’s biggest acts, including Doja Cat, Cardi B, G-Eazy, Future, and more. She also serves as a tour DJ for Dreamchasers’ artist Vory, and Winter Blanco.

Aside from spinning tunes worldwide, Lala the DJ has solidiifed herself as a trusted, valuable source for up & coming music and style. From being an occasional contributor for Billboard magazine, to being the DJ at the music and fashion industries’ most exciting soirees, Lala has cemented her place in the music industry.  With her golden ear and work ethic, she is enjoying her successes as a top act these days, she describes the start to her career as “challenging, because it’s so entrepreneurial – you work for yourself, and you’re not sure when your next job is coming.”

Lala shares lessons about tenacity, perseverance, and passion, explaining that she never took “no” for an answer. “Pretty much all the best opportunities I’ve had, came from me putting myself out there or even flat-out asking for the chance,” she tells us.

Lala currently has a residency at Crazy Girls Hollywood, and is working on original production as a record producer. She has released a series of mixtapes in the past, but isn’t sure she’ll continue with that “I do have some mixtapes and playlists out, but those were mainly brand collaborations. I’m working on my production now.” She explains.

Still, it should be said, her mixtapes in the past definitely made the rounds, with praise from Uproxx, Hypebeast, Okayplayer, and more. Lala the DJ doesn’t confine herself to any one genre, and says her sets tend to span everything from Soca to Hip Hop to Remixes to Pop. “Staying versatile, in any industry, is key,” she says.

For her production, Lala also makes all genres and works with all types of music artists. She currently has some big placements in the works. She lists her favorite style as “hard, fast Detroit-style beats, but that’s just because it’s what I’ve been asked to make lately,” she laughs. Lala is also fond of R&B and more melodic styles of beatmaking.

Lala is also making the rounds in the fashion world, spinning for top brands and activations across the United States. For her personal style, she is known for mixing high-end pieces with street style, for a look that is equal parts unique and tomboyish, wearing brands such as Chrome Hearts, Jordan, Armani, Gucci and more.

Five Helpful Tips On How To Manage Your Team!

Training as an Internee: The 5 Crucial Skills in Medicine

All You Need To Know About Klarna Wig