Wireguard Protocol: A game-changer in the VPN Industry

by Deny Smith
in Games
0

With the new tunneling protocol of OpenVPN, an open-source protocol that dominates the industry, people thought it could not get any better than that. However, the development of the WireGuard protocol says otherwise. For those who don’t know, WireGuard is a type of VPN that offers higher security and is easier to use. What’s best is that it is not only free but also open-source with a GPLv2 license.

According to VPNRanks, WireGuard has certainly made the VPN industry stand on its toes and take notice owing to its features. This open-source protocol has high speed, low footprint, and uses state-of-the-art encryption offering tough competition to OpenVPN and IPSec protocols. But, what does it mean for the VPN Industry?

WireGuard – A breakthrough in the VPN industry or a Myth? 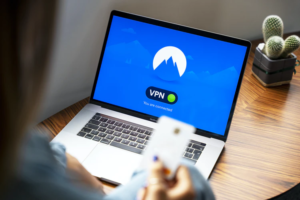 Most of the VPN industry experts believe that the WireGuard protocol will replace the OpenVPN and other tunneling protocols. But the question is, we have so many protocols already like IPSec, OpenVPN, PPTP, and more, so what makes WireGuard any different?

Well, here are some of the features that make WireGuard protocol stand out from the rest of the VPN protocols:

WireGuard uses a different process to secure online data, called “crypto key rerouting.” In this process, the public keys are associated with different IP addresses inside the VPN tunnel. WireGuard takes a completely different approach to encrypt userdata for protection. It uses encryption protocols that no VPN in the industry uses. Some of these encryption protocols include the following:

It does use 256-bit encryption like VPNs, which is the highest in the industry right now. As you can see WireGuard technology uses a higher level of encryption and protocols.

WireGuard is a lot simpler than OpenVPN protocol because it uses lean codes. For example, VPN tunneling protocols like OpenVPN and L2TP use around 600,000 and 400,000 lines of code respectively. WireGuard on the other hand only uses around 4,000 lines of code.

You must be thinking, why is it important? Well, smaller and simpler code means low chances of bugs or issues impacting your functionality. It also reduces the exposure of code to external threats and attacks. The longer the code, the higher the exposure, thus, the more vulnerable it is to external attacks.

As you can see from the graph above, the CPU maxed out at 258 Mbps in the case of OpenVPN and with WireGuard it almost reached 1 Gbps giving an excellent 98.7% throughput! Therefore, by using WireGuard you can enjoy the perks of a VPN with higher speeds.

The Flipside of the coin

Aside from the promises of a new feature, WireGuard does come with some issues and question marks that need to be addressed. For starters, it is open-source software that is still a work in progress. No official version is available yet, therefore, in its current form, it must contain security vulnerabilities. It also means that it has not undergone a proper security audit.

In terms of usability, WireGuard support is only limited to Linux only, as it is not available for Windows, one of the biggest operating systems. Its trial versions are available for other OS including macOS, Android, and iOS, but the Windows client has not been released yet. Jason Donenfeld, the developer of WireGuard, told users to stay away from third-party Windows clients:

“A Windows client is coming soon. In the meantime, you are strongly advised to stay away from Windows clients that are not released from this site, as they may be dangerous to use, despite marketing efforts.”

Another concern about WireGuard is that it cannot be used without logging user information, which might lead to online privacy issues for users. Therefore, using WireGuard protocol for VPN would come with serious privacy policy issues. According to Donenfeld, this problem is solved with a modified rootkit-like-module.

The Future of WireGuard

WireGuard is no doubt an interesting protocol technology and a game-changer for the VPN industry. As compared to other VPN protocols, WireGuard offers faster speeds and improved encryption protocols for high security.

As this technology is increasing in popularity more and more VPNs are including WireGuard in their framework. However, it is still a work in progress and there is no final version that has been released yet, meaning no proper security audits. It does promise new opportunities and challenges in the online security industry.

Everything to Consider When Buying Stainless Steel Table Legs

8 Things to Look for In an HVAC Company

Tips to Embody Your Presentation Tactics

Why Every Entrepreneur Should Own At least One Rental Property