The History of Workers Compensation

Workers compensation before the Industrial Revolution was more common than one would believe. In ancient countries like Sumeria, China, Rome, and Greece, there was repayment for those that were injured on the job.

There were laws that were specific to what body part was lost and compensation was made according to that. For example, if you lost a finger, you were repaid the length of that finger.

Workers Compensation During the Industrial Revolution

The Industrial Revolution occurred when the growth of business, mass production, and trade truly began for Europe and the U.S., but it was a difficult time for workers, particularly workers that were injured on the job.

Workers compensation was nonexistent during this period, thanks to these three laws that helped employers escape liability:

Each of these laws made workers liable for their injuries and because of poor working conditions, workers suffered greatly.

Workers Compensation in the 19th Century

Thankfully, things got better as the 19th century came about. The Prussian leader Otto von Bismarck created the Sickness and Accidents Laws. These laws included a liability law for employers, insurance for workers when they had accidents, and public assistance if workers had disabilities.

Through the 19th century, many European countries followed in Prussia’s footsteps and created workers compensation laws. Things were finally starting to look up for workers.

The 20th Century and Workers Compensation

In the 21st century, workers compensation is common sense. People are repaid for injuries and terminal illnesses accrued on the job. Even families are compensated for their loved ones dying from work. The future looks bright and hopeful for workers and their right to be repaid for injuries.

Workers compensation insurance includes disability benefits, replacement of missing wages, and death benefits. Below, we will look at each of these components in detail.

Disability benefits can apply when a worker has been so severely injured that they are now disabled. If it were to happen, that worker would receive supplemental income and have their medical bills covered for the duration of their disability.

If you need time to recover from your work-related injury, then your missed wages for your time off will be repaid.

For example, if you break a bone at work and need time to recover at home, then the workers compensation insurance will cover those missed wages.

Death benefits are an essential part of workers compensation insurance. Funeral costs and payouts to the worker’s beneficiaries occur if the worker is killed. 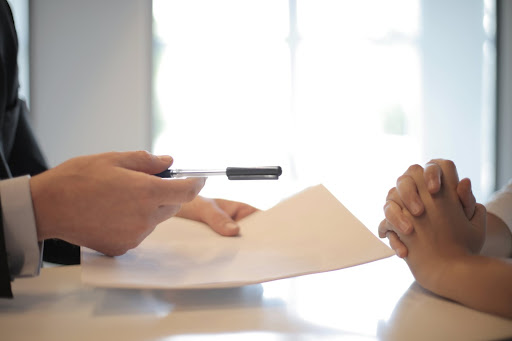 How to File a Workers Compensation Claim

Filing a claim for workers compensation doesn’t have to be complicated. Below are some things to expect to do during the claim process. This process is probably common knowledge for employers, but it’s good to be reminded of it in case your employee gets injured on the job.

This may seem obvious, but you can’t get compensated if you don’t report an incident. Report your injury to your employer as soon as you discover you are injured.

(Note: Do not report minor injuries like paper cuts. Report only serious injuries.)

#2 – Get Paperwork from the Employer

This is crucial because you can’t file without the proper documentation. Make sure that you get the forms to send to the insurer, the documents that detail your benefits and rights as an employee, and the forms that explain when you can come back to work. This is important as injury compensation won’t be covered by a standard Business Owners Policy (BOP).

#3 – File the Claim With the Insurer

Depending on the severity of the injury, you may need a medical report from your doctor. Once you have that and the proper paperwork, it’s time to file. There are online applications for workers compensation, and you can also call the insurer.

#4 – Wait for the Insurer’s Decision

This part of the journey might be the most stressful. You have to wait for the insurer’s decision to approve or deny your claim. It might be beneficial to get a workers compensation lawyer. That way, you can be assured that you will get something financially for your injuries.

Take as much time as you need to feel better. When you think you have fully recovered, you have to let your employer and the insurance company know that you are better and ready to start working again.

Be Careful at Work

Workers compensation has been around for centuries as shown by the history we previously looked at. A lot has changed in recent years on how employees are treated when they deal with work-related injuries.

It’s unfortunate, but accidents on the job happen more frequently than one would guess. Remember to be careful when dealing with heavy machinery and pace yourself when doing physical activity at work.

Peyton Leonard writes and researches for the insurance comparison site, TheTruthAboutInsurance.com. Peyton cares deeply about worker safety and making sure employees are properly compensated for their on-the-job injuries.