The Career of Dr. Lennox Superville at AT&T 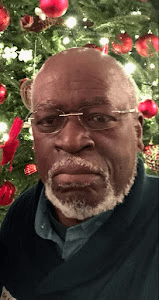 There is a significant distinction between achievement and success. Many people have accomplished things. They obtain competitive qualifications, land high-profile employment, establish sought-after careers, and earn top-tier salaries and incomes. These are a few examples of the criteria by which many people in society measure job success. However, these items—degrees, job titles, attractive occupations, and high pay—represent achievements. The issue here is that accomplishments alone may not always equal career success.

Career success is a combination of obtaining a respectable level of financial security while performing something you enjoy, as well as discovering that you are happy and pleased with your life and career choices. People who have achieved real career success understand that money and titles aren’t everything. They understand that in order for it to matter genuinely, they must also have inner serenity and joy.

Dr. Lennox Superville’s endeavors were rewarded abundantly when he was hired by AT&T LongLines Division, where he was on a career path that others admire.

Before we learn more about his position at AT&T, which was simply the second step in his career after becoming a professor, let us have a look at Dr. Lennox Superville’s childhood and education.

Since he was a child, Dr. Lennox Superville has been a committed student. Despite his mother’s death when he was only seven years old. However, he did not let this terrible event prevent him from completing his education.

Dr. Lennox Superville, on the other hand, did not stop after securing a teaching position. In 1966, he emigrated to New York City, USA, to pursue his Ph.D. in Mathematics. In 1970, he graduated from Hunter College in New York City with a Bachelor of Arts in mathematics, followed by a Master of Arts in 1972. He then completed the arduous task of earning a Ph.D. in Mathematics in 1978, making him the first Trinidadian American to accomplish that at the City University of New York’s Graduate Center (CUNY).

His Career at AT&T

They claim that a man’s efforts are never in vain. Dr. Lennox Superville’s efforts paid off when he was offered a job with AT&T. Dr. Lennox Superville began working as a member of the Technical Staff at the American Telephone and Telegraph Company (AT&T) Operations Center in Bedminster, New Jersey, in 1980, to provide internal technical support and technical expertise to many areas within AT&T Longlines. During his two-year service, he was involved in the antitrust lawsuit United States vs. AT&T, which resulted in the 1982 Bell System Divestiture and also the testing of the cordless phone operating at 2.7 MHz.

To sum it up, happiness and inner serenity are required for success, which results from taking responsibility for your life and aligning your purpose, passion, and ideals with your decisions, behavior, and professional choices, as Dr. Lennox Superville did.