Sometimes referred to as Biak, Ketum, and other names, Kratom is a tropical tree-like plant native to Southeast Asia. This botanical has been used for hundreds of years for its motivation and ability to foster an overall sense of wellbeing. Today, it’s a favored natural alternative to more mainstream chemical wellness products. Thanks in part to its alkaloid compounds, Kratom may help support feelings of focus, alertness, and calm.

If you’re new to the world of Kratom, here’s an introduction to the booming kratom industry and why so many people are adding this highly sought-after botanical to their wellness regimens.

What is in Kratom?

Kratom contains a multitude of active compounds, including alkaloid compounds known as mitragynine and 7-hydroxymitragynine. These compounds interact with receptors in the brain to support alertness with small doses or feelings of calm with larger quantities. Because each strain has a distinct alkaloid profile, you’ll enjoy different benefits depending on which strain you take.

What is Kratom Used For?

Some of the first known uses of Kratom involved harvesting leaves to combat fatigue and improve work productivity. Natives of Southeast Asia are believed to have tapped into Kratom’s benefits by simply chewing or brewing an herbal tea with the plant’s leaves.

Over the last decade, Kratom has become increasingly popular in Western culture. Some users still follow traditional consumption methods, like brewing Kratom tea and more modern techniques, thanks to a growing number of Kratom products that have been made available. While there are age restrictions on Kratom, those 18 and older are increasingly adding Kratom to their health routine.

Choosing from a variety of strains, Kratom users turn to this natural remedy to help support multiple aspects of their wellbeing, such as:

There are three types of Kratom strains—green, white, and red. Each strain is generally derived from the same leaf, but the amount of time spent in the drying or fermentation process gives each strain its unique color. Most strains begin as red Kratom but may alter color depending on how long they are fermented or left under natural or UV light.

Each strain of Kratom provides different and unique benefits. Here’s a quick rundown of the general uses of each strain:

Green Kratom is considered best for daytime use because it supports motivation, enthusiasm, concentration and may even aid in post-workout recovery. Of the three strains, green Kratom is regarded as a middle-of-the-road option.

Like green Kratom, white vein Kratom is also recommended for daytime use, namely because it supports adding a little extra pep in your step by stimulating increased focus and cognitive function.

Unlike the more energizing green and white strains, red Kratom works best at night by promoting a sense of peace and calm and helping you unwind. 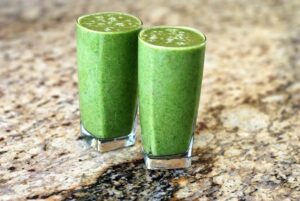 How is Kratom Being Used?

Believe it or not, the well-established method of brewing and chewing Kratom leaves is still a go-to method of consumption today. Of course, there are a few more modern ways users are enjoying this botanical as well.

Kratom is known for its somewhat bitter flavor. When making Kratom tea or adding it to another drink, many people choose to add sweeteners like honey, creamers, or agave syrup to balance the natural bitter taste.

An even more popular and convenient way of taking Kratom is in powder form. Much like crushed Kratom leaves, Kratom powder can be mixed into your tea, beverage, or smoothie of your choosing.

Mixing Kratom powder into your smoothie is a great way to fit in your other health supplements or favorite ingredients for more significant health gains. More Kratom is being infused into food items, too, giving Kratom users a wide range of delectable snacks and treats to choose from, such as gummies and brownies.

For another trouble-free way of ingesting Kratom powder, many use the popular toss-and-wash method. Simply put the powder on the back of your tongue and wash it down with a beverage.

Lastly, for those who want to bypass Kratom’s bitter taste but still want to access its benefits, capsules are another popular Kratom product. Capsules are also a convenient way to mix and match strains for those interested in trying hybrids. However, it’s recommended you familiarize yourself with the various Kratom strains before experimenting with mixing strains. Suppliers like Kats Botanicals offer a wide range of straight and hybrid Kratom options.

How Many People are Using Kratom?

Kratom is becoming an increasingly accepted and utilized natural remedy. According to the American Kratom Association, there are thought to be roughly 15,500,244 Kratom consumers in the U.S. A survey of Southeast Asian Kratom exporters also revealed that, on average, 1,950 metric tons of Kratom material per month were being exported to the U.S.

As this herb continues to become more accepted in Western culture and around the world, the production and consumption of Kratom are expected to rise.

Despite its growing popularity, the legality of Kratom varies depending on where you live. Because it’s not well-understood by most legislators and public health authorities, it’s not legal in every area. If you’re looking to hop on the Kratom train and add this plant to your health regimen, check local and state laws before buying.

As with any booming market, there’s always a possibility that sellers will add fillers or other harmful substances to Kratom. One way to ensure you are buying 100% Kratom powder is to get it tested. Reputable Kratom suppliers use third-party testing to ensure the powder’s purity, and you can request documentation to ensure your product is contaminate-free.

The Kratom industry is growing rapidly. As more people discover the benefits of Kratom, an increasing number of suppliers are popping up and developing a range of Kratom products for consumers to enjoy. As this herbal remedy continues to be more widely accepted, the Kratom market is expected to continue to grow.