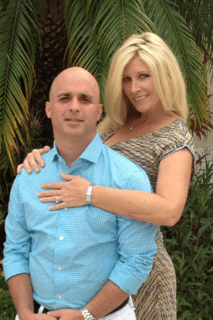 Anthony Vaz, the great American investor, businessman, and lead investor of Eden Capital Investment Group was born in 1973. His mother is Mary Ellen Vaz, and his Father is Dr. Anthony Vaz, a politician currently serving as the mayor of Seaside Heights in New Jersey.

Vaz has been creative since childhood. He liked exploring and had a curious nature. He started surfing at the age of 4. When he was just 16 years old, he took his love and passion for music to the next step. He was not just a kid who would sit around and wish for big things to happen independently. His influential family and hard-working father taught him to work diligently and passionately to achieve big things in life.

In 1988, at the young age of 16, Anthony Vaz wrote, produced, sang, and recorded his first demo at Ocean Gate Studios. Not long after, he started playing in his band “Out A Nowhere.”

They say when you truly put your efforts into something, it never goes in vain. Soon after Vaz started playing in his band, they gained immense buzz. After all, it was a young band full of energy. Their music could make anybody move with the sounds of alternative rock, dance, and electronic music.

Watching the buzz gained by his band, Warner signed their brand to a one-record deal when Vaz was only 17 years old. It was then when Out A Nowhere became the support band for major acts touring up and down the east coast. After a few years, Vaz decided to part ways with Warner, playing separately in shows until 1995.

The curiosity to achieve something big made Vaz shift to a financial career. His BBA and MBA degrees helped him kickstart as a runner in the New York Stock Exchange in the 1990s. The work was not as digitized back then, and most of the work depended on the labor force. In the beginning, he became an assistant trader to the head trader in the day-to-day operations of H.J. Meyers and Company. He quickly understood his job and performed exceptionally. Soon, he was promoted to trade his proprietary trading account for the firm.

Compared to the 1990s, today, the electronic age has reduced the required workforce to the bare minimum. To execute trades for Eden Capital Investment Group, he currently only has two traders at the New York Stock Exchange, and they carry out all the daily trades for his company.

Vaz was not completely satisfied with his achievements. He knew he could do much more than that. In 2001, he came up with his stock brokerage firm, Jersey Shore Trading, out of Red Bank, New Jersey. He ran the trading floor operations, making markets in over 100 publicly listed securities on the OTC Nasdaq market.

Next year, in 2002, he joined DC Capital Partners as head of trading market maker and investment banker, where he also served as Executive Vice President and head trader.

Vaz stayed in the company for four years and, in 2006, started working at Majestic Capital Partners as Executive Vice President. Later in November 2008, he founded Eden Capital Investment Group and served as the lead investor.