by Cicerone Chelmu
in Entertainment
0

Fine Art and Landscape photographer Sean Schuster is well known for his vibrant panorama images from around the world. A perfectionist when it comes to each shot, Sean will return to a location as many times as it takes to capture the image that aligns with his vision. As a result, Sean’s imagery has received numerous international awards and is proudly showcased in homes and corporate settings garnering the attention of collectors from across the globe. Along with international awards, Sean has been designated the title of Master Photographer in Fine Art from Master Photographers International.

Born in North Vancouver, BC, Sean is a completely self taught, fine art photographer who has made leaps and bounds in today’s competitive art market. When first introduced to Sean’s photography, one will immediately recognize the striking and brilliant colours which stop people in their tracks. At the young age of 36, many are surprised that he has no formal training; Sean often references the images surrounding him in his Victoria, BC gallery when asked where he learned this complex craft. 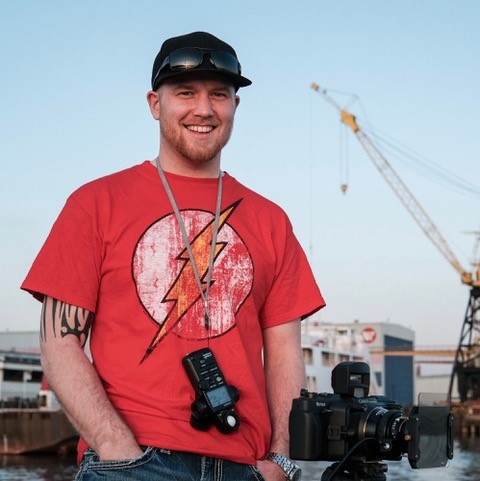 Sean has travelled to Southeast Asia, China, throughout the United States and across Canada. Travel broadens the mind and also allows more opportunity to expand his photography portfolio. His goal is to capture the ambiance of the places he has visited while trying to avoid places which may be ‘overly’ photographed. Having grown up in the foothills of southern Alberta, most of his younger years were spent exploring nature while learning the basics of photography. It was a move to Vancouver Island in early 2008 that supercharged Sean’s passion for the beauty around him. Once arriving on the island it was clear the opportunities for landscape photography were boundless! Travelling the world is still a huge part of Sean’s subject matter, but what a great place to call home! Sean continuously reflects on his past and future adventures, “There’s still more travelling to do! I have an ever growing list of locations & countries that must be in my portfolio!”

Mastering both film and digital photography, Sean has always held a greater love for the panoramic style of photography shot on film; this comes as no surprise as Sean grew up with a film camera always in hand. After purchasing his first digital camera, he found himself stitching the images together in order to create wider angle photographs. Sean eventually made the decision to primarily shoot on film, which eliminated the need to stitch the images together. He loved the idea of steering away from the instant gratification that comes with digital cameras to focusing more on the composition and light. It’s seemingly an uphill battle of trial and tribulation using film and perfecting this skill. “I am rewarded not only with the final results, but by looking back and realizing that each lesson I’ve learned in front of the lens, has been put into action before I’ve even pulled the shutter. After minutes, hours, or entire days concentrating on the lighting, contrast and mood – seeing the final print is just one of the many rewards of this process!”

At the beginning of 2019 Sean opened his first gallery located in the heart of downtown Victoria, BC. As one of Canada’s fastest growing landscape photographers he is quickly rounding the corner on almost half a million dollars in sales while having the fortune of being featured in a handful of local magazines. With tens of thousands of people keeping an eye on his work and progress, Sean is always humbled to speak to people from all walks of life who appreciate what he’s brought to the art scene. Whether it’s passing ‘window shoppers’, aspiring photographers, or avid art collectors, Sean understands there’s a universal magnetism to the beauty that earth has provided. Stunning landscapes, cityscapes and seascapes surround us throughout our lives, Sean simply wants to capture that fleeting moment in time for others to enjoy for decades to come.

Muscular Dystrophy Treatment: What You Need to Know

Excel Formula Not Calculating? How to Troubleshoot

Understanding the Potential Impact of NFTs on Businesses