Reasons why choosing Naturopathy over Homeopathy is better for you

by Abdullah Hussain
in Health
0

People nowadays prefer using natural medicines more than modern ones like allopathy. Homeopathy and naturopathy are the most popular form of natural medicine. They are often confused as the same but are entirely different forms of medicine. Both homeopathy and naturopathy use different approaches and treatments for healing. The only similarity between both of them is that they both believe in treating the root cause of the disease and the use of natural remedies. It is hard to say that which of the two forms of medicine is superior to others but not entirely impossible. Naturopathy has some benefits over homeopathy. That is the main reason it is gaining more popularity among people looking for a way of healing without any side effects. The following are some of the differences between homeopathy and naturopathy.

Homeopathy medicine works on the philosophy of like cures like. In homeopathy, the same substance that caused the disease is used to cure it. A homeopath doctor is educated and trained on the philosophy that the essence which caused the illness, can be used to cure it by diluting it with the alcohol. The naturopathy forms of medicine do not rely solely upon the hypothesis that a particular substance could be the matter, but follows six basic principles to determine the cause and then use whichever medical methods the think suitable to treat their patients. All of the six principles of naturopathy help the patient’s body heal and recover on its own. 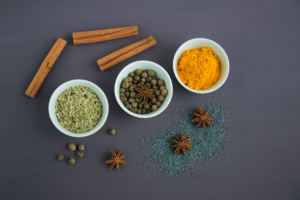 What is the mode of treatment?

The homeopath doctor will first interview the patient and conclude that the illness can be because of the consumption of a particular substance, then they will try to cure that illness by a simple remedy. The homeopath doctor makes the remedy by diluting plants and minerals. The most common dilution for homeopathic medicine is 30c. On the other hand, Naturopathy uses several methods for treating patients and does not rely on only one. An experienced naturopath also starts the treatment in the same way but concentrate more on family history, drug history, and lifestyle choices during the interview. A naturopath doctor also uses homeopathy as its tool but does not depend on it. It utilizes methods such as nutrition, exercise, massage, herbal remedies, and acupuncture to promote the body’s natural ability to heal itself.

The Homeopathy is a good option for treating old illness but does not have a more than 90% success rate. A naturopathy is a successful form of medicine that is used to cure almost all types of diseases in patients of all ages. The main advantage of using naturopathy are

The 10 Types of Pharmacists

Are Cryptocurrencies a Threat to Banks?

Choosing men’s glasses: How should we deal with it?