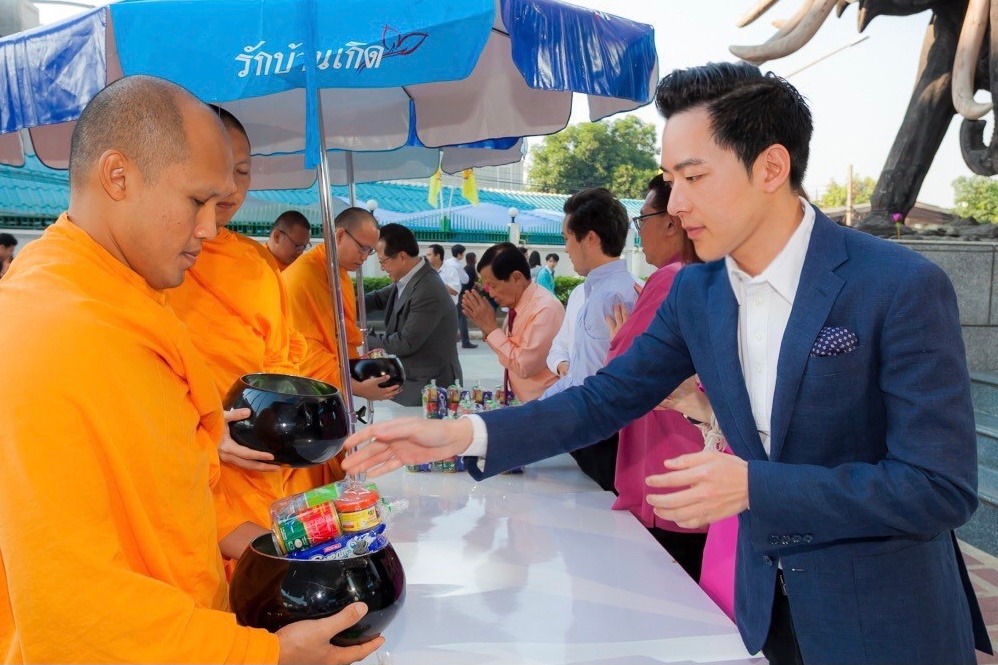 The 195 Project is a non-profit organization established by a Hong Kong business mogul, a financial expert, and a billionaire philanthropist, Calvin Lo. The organization focuses on integrating thorough research into the world economy and ensuring that the negative impacts of the pandemic is wiped out completely.

By listening to the core concepts of the problems from experienced professionals, learning new ways to suppress poverty, and joining hands to create awareness for creating a world economy, the philanthropic principles that Lo holds dear to his heart can be strengthened, with help from business leaders and rich individuals who know the needs of the people.

The process of finding the right people

The 195 Project aims to harmonize world leaders who share the same ideologies and thoughts. The process involved selecting the most relevant people who are specialists in specific aspects of the economy, such as economics, government, and civil society. Through a rigorous process and utmost care, a decisive and credible means of response will be formulated to tackle the problems of COVID-19.

Simply put, The 195 Project is adopting a think tank of diverse passionate, and trusted convergence of willing business leaders and government officials to realize the possibility of creating a financial structure that will spread the commonwealth to all and sundry, without discrimination or marginalization.
Poverty-alleviation aids will be dispersed to all affected communities and populations, no matter where they reside or which country they belong to. Conscience will be the motivating factor for everyone involved in the project.

Through their close-knitted synergy, realistic solutions will be proffered to slow down and if possible, destroy the severity of the pandemic that has crushed the lives of many people worldwide. At this stage, the weight of the challenges is too heavy for the government to shoulder alone.

The basis for The 195 Project is obtained from the Bretton Woods Agreement of 1944. To revisit the way money would be spent worldwide after the war, 44 countries met and deliberated on how to implement a common economy among themselves.

The Bretton Woods, New Hampshire, played host to the concerned countries where it was decided that the U.S dollar should become the front-runner for gold and other currencies in terms of monetary value.
But during the administration of President Richard M. Nixon in the 1970s, the Bretton Woods financial system was abolished after the announcement that America would stop trading dollars for gold.

To further clarify, at the meeting, the 44 countries that attended the meeting sent delegates numbering up to 730 to seek ways to establish a strong international financial structure that would make the foreign exchange easier. The system, if successfully created, was expected to eliminate currency devaluations and promote international economic development.

The 195 Project and philanthropy

Philanthropy is a big word, often downplayed because of its simple pronunciation, but deeper than an average vocabulary. One needs to look beyond the face value before the true essence of the word can be appreciated.
Philanthropy is a personal choice, and this fact is evident in Calvin Lo’s determination to embark on this journey of charity. Generous people can do and back up anything that shows signs of humanity. Making the difference that you so much yearn for in the world requires a well-defined ambition.
Values must be identified and separated from other motives, as well as what a philanthropist believes in. Like The 195 Project, the belief that a world economy is possible depicts a clear vision that will pave way for further analysis. The unwavering faith in charity can drive any benevolent person to support all noble causes, but this will be risky in the long run.
Kind-hearted people are many, those who only want to help the downtrodden. However, this organization will succeed better because it understands the reason behind its desire to give to society. Also, Lo has received so much from society, therefore, he wants to pay it back.
As much as I believe in this cause, there is a need for The 195 Project to avoid over-confidence in its capacity to render help. Wealth may be deceptive sometimes, and relying so much on it may lead to disappointment. Realistic goals and plans should be set before anything else.
Resources don’t have to be money, generous sponsorships for campaigns can be done. Some activities that don’t require financial help but physical support, like being present at a rally, fundraising dinners, or children’s parties. Being a reserved and under-the-radar man, Lo may find it difficult to do these things because he may not like the idea of showing his face in public. Nonetheless, his partners and agents can represent him at these events.
What are the things, materials, and resources needed to execute the plans, not just on paper, but real-time? Working together with people from different backgrounds, beliefs, religions, alliances, and other aspects of life is no child’s play.

The question of whether every enlisted partner for the project is going in the same direction as Lo should be properly addressed. We are dealing with humans whose behaviors are fashioned after their own decisions. If what A chooses to do contradicts what B believes in, there will be problems. Lo needs to be aware that if the project breaks down in the middle of implementation, the trust people might have developed for him may fade.
A process must be in place to keep track of the produced results from his philanthropic activities especially since a world economy is the major goal. Are the distributed materials reaching the targeted areas or are they being diverted to the personal vaults of some selfish middlemen?

The performances of every partner in the program, including government agencies such as banks, insurance firms, hospitals, and other licensed entities, must be monitored and audited often. Besides, the strategies that are being used to carry out these programs must be examined to fully familiarize with the links between the results and the actions taken. For example, where public announcements are supposed to be made on the media, do they go live according to schedules? Do the important target audiences get the messages? Corruptions and malfunctions of bureaucratic protocols may be breached at some point, but the major players must be proactive in fixing the mess as soon as possible.

Through surveys carried out among the people, the management of The 195 Project should study the data collected and make adjustments where necessary.