Berkeley, CA: Abboud Chaballout is the founder of Diagnoss, an AI company on a mission to reduce the severe administrative burdens faced by medical providers today.

He talks about how his prior experiences of living in the underbelly of our healthcare system helped him build conviction about how AI can support healthcare providers.

Here is what he says – “Through personally sifting through over a billion dollars of medical bills unpaid by insurers and speaking to providers impacted by the debt, I learned about the dark hole that is healthcare revenue cycle. By managing a clinic and pharmacy myself, I learned about the severe challenges providers face in operating medical establishments. By running a medical coding and billing company, I learned about the misaligned incentives between providers and their vendors.”

Abboud is not your typical serial entrepreneur. The White House recognized him as an Emerging Global Entrepreneur in the year 2015.

After earning his Bachelor of Science degree from the prestigious Cornell University he had the honor of serving as a Fulbright Fellow under the US Department of State in 2009 in Amman, Jordan. There he conducted telemedicine research and co-organized a mental health mission for refugees.

After his Fulbright, he worked for Partners Healthcare on projects geared towards decentralizing healthcare management structures abroad.

Abboud is also a lawyer and alumni of the prestigious UC Berkeley School of Law. He has an edge over other healthcare entrepreneurs as he combines his legal expertise with a vast and deep experience in the healthcare industry.

Describing his separate learnings as both, a lawyer and a healthcare domain expert, he says,

“ As a lawyer, I’ve advised entrepreneurs in building their businesses and helped them think through pertinent estate planning and business succession issues. I learned a lot about the tactical inner workings of building lasting legacies. As a healthcare enthusiast, I’ve built and grown companies that touched multiple points in our healthcare system, such as a healthcare litigation start-up, clinical side start-ups, and medical coding and billing as a service.

He quickly realized that the medical industry’s reimbursement process was severely challenged and needed a complete revamp.

“It was a dark hole, and I never knew if the medical coding and billing company we outsourced work to was doing a good job. “

Abboud found that healthcare organizations nationwide were forced to hire the cheapest labor rather than the best talent when running their operations. He learned about the medical coding and billing companies’ fragile margins to which much of the revenue cycle work was outsourced.

To reduce the error resulting from under-resourced operations, he decided to create an automated system.

Abboud ventured into entrepreneurship due to his interest and willingness to contribute to the world in a more significant way.

“As an entrepreneur, even more so than a policymaker, a thought leader, or a professional (i.e., lawyer or doctor), I believe I have the opportunity to bring change to the lives of millions in a measurable, tangible, and nearly immediate manner. “

When asked about his plans, Abboud tells us that he looks forward to building more technology companies and investing in the healthcare space more. He plans to continue advising fellow entrepreneurs in a legal capacity but comes out strongly about his love for entrepreneurship.

Diagnoss Inc. is a team of data scientists, software engineers, and healthcare professionals who are tirelessly working towards freeing the healthcare providers from the mundane and cumbersome aspects of their work to give their best to the patients. 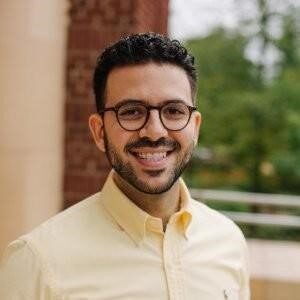 Abboud Chaballout, the founder, is a serial entrepreneur and an alumni of Cornell University and UC Berkeley School of Law. His unique blend of experience and learning comes from his legal background and expertise in the healthcare domain.