Google Pixel 5 Pro has been anticipated for several weeks. There are rumors about it across the internet. The phone is expected to come with several upgrades from its predecessor Google Pixel 5.

Google Pixel 5 Pro has been anticipated for several weeks. There are rumors about it across the internet. The phone is expected to come with several upgrades from its predecessor Google Pixel 5. Rumors from Slashleaks shows a phone without a visible front camera. The designers are looking for ways of making the devices sleeker. The absence of a viable front camera will create a unique impression.

The under-display cameras are not standard in the phone industry; Google Pixel 5 Pro is taking a different trajectory that will make people eager to try it. Among the phones that employ the technology is the ZTE Axon 20 5G. 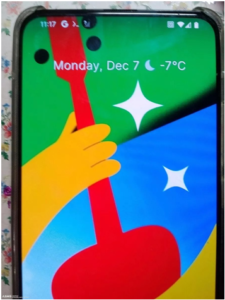 From the AIDA64 screenshot, there is a hint of a Kona platform. Kona represents the Qualcomm Snapdragon 865 that was released in 2019. The chipset’s codename is believed to be an outdated version because currently, devices are running on the new chipset, the snapdragon 888. New chipsets are expensive, and the decision to use an older chipset may be triggered by the urge to keep the price low by Google. It is still a great upgrade from the current Snapdragon 765 that is applicable in Pixel 5.

Apart from the chip, other features that have been shared are the 8 GB RAM and up to 256GB ROM. It is twice the storage space available on pixel 5. The big storage space makes the device an upgrade of the later version. Google has researched the market to come up with a pocket friendly and powerful phone that will meet the needs of all people. 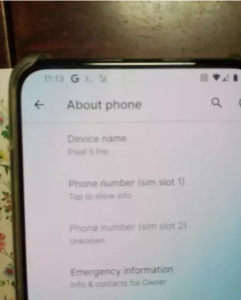 It was easy for people to notice the great small camera from the screenshot. Many phone lovers prefer a powerful camera, and Google may have come up with upgrades to attract more customers. People expect at least the new phone to have superior features if it is to be considered the pro version. Pixel 5 has up to a 6-inch display and a 4,080 mAh battery. A pair of rear cameras comprise of 12.2MP and a wide-angle lens. A 16MP ultra-wide display makes the phone very reliable. The pro version is expected to have a larger battery and a big display.

We are keen to bring you any updates about Google Pixel 5 Pro. It is still an Android phone that may rival the Samsung Galaxy S21 in 2021. Google has been producing powerful phones, and the Google Pixel 5 Pro is expected to make device lovers happy. People are still eager to learn more about the features available on the phone. The features will be available once Google has launched the phone.