The development of a new medication can be a long and tedious process. It takes years of research and medical trials before any medicine can be ruled safe for use. New drugs that are introduced to the market are then manufactured from a specific factory, and then transported to pharmacies.

It turns out that the method of transportation and other external factors after manufacturing can turn a common antacid into a cancer-causing substance. Ranitidine, including the brand Zantac and its generic forms, became a hot issue for becoming a potential cause of cancer for its users.

What Is Zantac For?

Zantac is under a group of histamine-2 blockers that reduces the acid produced by the stomach.  Zantac has been used to prevent and treat ulcers, heartburn, and Zollinger-Ellison syndrome, a condition wherein the stomach produces too much acid.  The drug was also used to treat other illnesses, such as gastroesophageal reflux disease (GERD) and many more that involve the stomach’s acid causing discomfort to other parts of the digestive system.

However, despite its supposed health benefits, it was suspected that Zantac may be causing cancer since a cancer-causing impurity was found in many ranitidine medications.

The Hazard Of Zantac

Initially, Zantac and other ranitidine products that contain an amount of N-nitrosodimethylamine (NDMA) were ruled out as non-harmful by the U.S Food and Drug Administration (FDA).

However, when exposed to heat, NDMA can become a volatile and combustible substance. The chemical processes that the medicine goes through during production can make the NDMA levels unsafe for consumption. NDMA can cause different forms of cancers at high doses, such as liver cancer, stomach cancer, leukemia, and other deadly diseases.

Aside from the possibility of developing cancer, the use of Zantac also posed side effects, such as nausea, vomiting, stomach pain, liver failure, hepatitis, Vitamin B-12 deficiency, and many more. 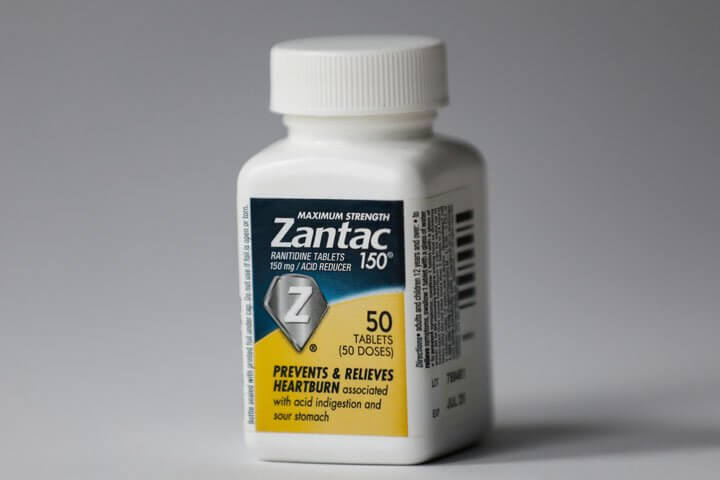 The Process That Made Zantac Unsafe

The medication may be transported via a cargo container for days at a time before it gets distributed to local pharmacies. During its transportation, the medicine may be exposed to heat since cargo shipments can be left outside without proper ventilation. Also, there’s no instruction on the packaging of the medicine that it must be kept cool or refrigerated.

During the manufacturing and delivery process of Zantac, the drug could have been exposed to extreme heat several times before it even gets sold to the market. Since the drug’s potential health issues emerged and became known to the public, many reliable sources, like Drug Injury News, closely reported updates regarding the drug and its surrounding controversy.

An investigation was conducted by Valisure Laboratories in October of 2019 to examine the ranitidine molecules found in Zantac and its response to heat. Their research showed that under elevated temperatures, the amounts of NDMA significantly increases to a point where the amounts can likely cause a person to develop cancer.

FDA requested all ranitidine products to be pulled from the market on April 1, 2020. DCCA, also known as the Department of Commerce and Consumer Affairs, also announced that consumers who purchased ranitidine medication prior to the recall should no longer take the drug since they are at risk of developing forms of cancer.

It was then reported that individuals who developed forms of cancer due to the drug were eligible to file a lawsuit to claim financial compensation.

Those who initially used Zantac as an antacid were advised to find safer alternatives. Patients who took Zantac for their health condition were advised to get a doctor’s consultation once they discontinue their doses, since rebound acid reflux may occur.

The first case against Zantac was filed in the Northern District of California federal court in 2019, asking for compensation.

There are still ongoing cases against Zantac seeking compensation since some cases were delayed due to COVID 19. But. in the end, no matter how much money gets settled, no amount can make up for the diseases the plaintiffs’ developed.

Best Places to Visit in Dubai

How to Address Addiction Issues in the Workplace?

Why Should You Decorate Your Commercial Property With Christmas Lights?

Who Is a Conveyancer? Where Can You Find One?