A handful of short films have gone a long way toward introducing Anis Maknojia to the intricacies of the entertainment industry.

by Sam Summit
in Entertainment
0

There is a single moment, at the end of Anis Maknojia’s most recent film short Jack, when the lead acknowledges the presence of the audience.

It is a brief connection, an acknowledgement of the link between the viewer participating in the actions on screen and uncertain role of Maknojia’s Bruce.

As the short opens, Bruce, an executive at a tech company preparing to go public, prepares for the meetings to establish the valuation of his company. As he dresses for the coming day, he straightens up the previous day’s disarray. In the board room, he is direct, succinct and unwavering. He deflects concerns about the company’s IPO and downplays the importance of his personal life. At lunch with his finance, his personality shifts slightly, becoming less direct and more withdrawn.

“There are clues tucked in everywhere,” Maknojia said. “There are ideas and themes we included to lead people toward and away from the end of the film. It was a lot of work, but it was fun, and it made me work in ways I hadn’t before.” 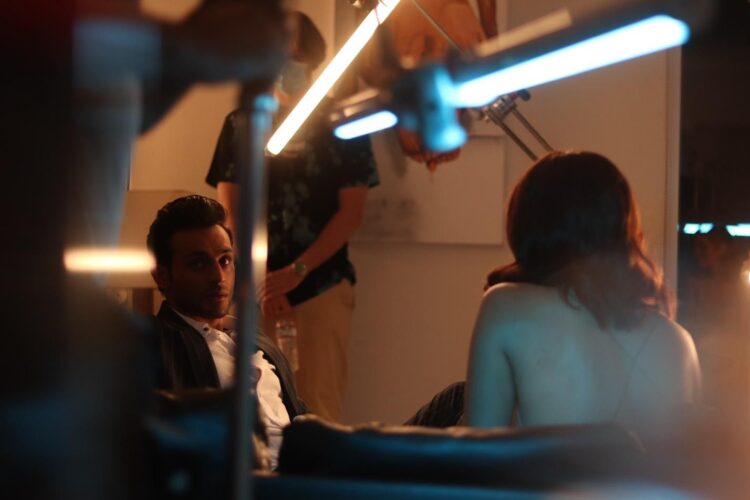 In an unpredictable way, work allowed the actor and producer the opportunity to find the time to bring Jack to the forefront. Earlier this year, he traveled to Houston to help resolve a number COVID related issues with his family’s business.

“The past year has been … interesting,” Maknojia said. “I’ve been pulled in a lot of directions, creatively and financially. I thought my time in Texas would slow things down, but it gave me the opportunity to push ahead on this project, which has been on the back burner for a while.

“The change of pace was a good thing. It allowed me a chance to strip away my other creative distractions and make some real progress.”

Collaborating with director Frederick Tabiyus Nah IV on the initial script, Maknojia delivered the rough draft to writer Joseph Carlin. Carlin fleshed out the details and filled in the gaps.

When Maknojia finished his work in Houston and returned to Los Angeles, it felt very similar to his original move to the (nickname of city). In 2019, shortly after moving to Los Angeles, Maknojia

created Land Ahoy! Films in an effort to challenge himself to expand his creative efforts and to give others the chance to do the same.

“There is so much multi-cultural talent around the world and Land Ahoy! is about inclusion,” Maknojia said, saying Jack attempts to address this issue by placing a non-white male in the lead role. “From my point of view, I would more often than not been relegated to a supporting role in a story like this.”

In addition to the counterintuitive casting, the day-in-the-life approach to Jack is intentional.

“We picked this method of telling the story on purpose,” Maknojia said. “It runs contrary to a lot of expectations with situations like this and sets off the end of the day with an unexpected heaviness. The goal was to be both unnerving and misleading.”

As for the single moment where he breaks the fourth wall, Maknojia isn’t sharing a specific meaning of the connection between the character and the audience.

“I’m not saying,” he said. “I know what I think it means, but I could see how different people could interpret the moment in different ways. There are a lot of things that could play into it.

“And I like that it is ambiguous, but not completely ambiguous. The viewer knows what is going on but how they interpret that moment is what interests me.”